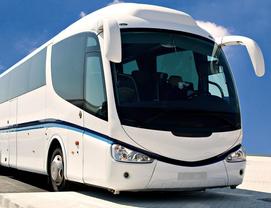 Hyderabad is the capital of southern India's Telangana state. A major center for the technology industry, it's home to many upscale restaurants and shops. Its historic sites include Golconda Fort, a former diamond-trading center that was once the Qutb Shahi dynastic capital. The Charminar, a 16th-century mosque whose 4 arches support towering minarets, is an old city landmark near the long-standing Laad Bazaar.

Falaknuma Palace: Falaknuma Palace is one of the finest palaces in Hyderabad, Telangana, India. It belonged to Paigah Hyderabad State, and it was later owned by the Nizam of Hyderabad . It is on a 32-acre area in Falaknuma, 5 km from Charminar.

Ramoji Film City: The Ramoji Film City in India is located in Hyderabad. At 2000 acres, It is the largest integrated film city in the world. Read more

Birla Mandir: Birla Mandir is a Hindu temple, built on a 280 feet high hillock called Naubath Pahad on a 13 acres plot. The construction took 10 years and was constructed in 1976 by Swami Ranganathananda of Ramakrishna Mission

Salar Jung Museum: The Salar Jung Museum is an art museum located at Darushifa, on the southern bank of the Musi river in the city of Hyderabad, Telangana, India. It is one of the three National Museums of India. Read more

Hussain Sagar: Hussain Sagar is a lake in Hyderabad, Telangana, India, built by Hazrat Hussain Shah Wali in 1562, during the rule of Ibrahim Quli Qutub Shah. It is spread across an area of 5.7 square kilometers and is fed by River

Golconda Fort: Golconda, also known as Golkonda or Golla konda, a fort of Southern India and capital of medieval Golconda Sultanate, is situated 11 km west of Hyderabad, Telangana. It is also a mandal of Hyderabad District.

Charminar: The Charminar, built in 1591 CE, is a monument and mosque located in Hyderabad, Telangana, India. The landmark has become a global icon of Hyderabad, listed among the most recognized structures of India. Read more